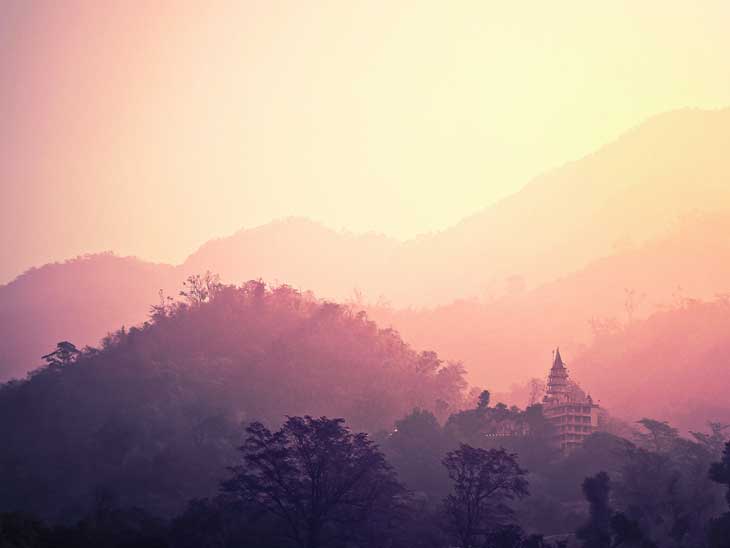 It was not until a month ago that my mechanical routine and the sights of Kolkata, an urban concrete jungle made me realise a void. It was that very moment when I made up my mind for a solo trip to Rishikesh, Uttarakhand. Without batting an eyelid to my deadlines, all I did was search nearby places on the internet and booking a hotel in Rishikesh which was around 15 m away from the airport. The next day was spent by boarding a flight from Dum Dum airport to Jolly Grant Airport, taking a good 4 hours, and on reaching I could see the change in environment was so apparent. 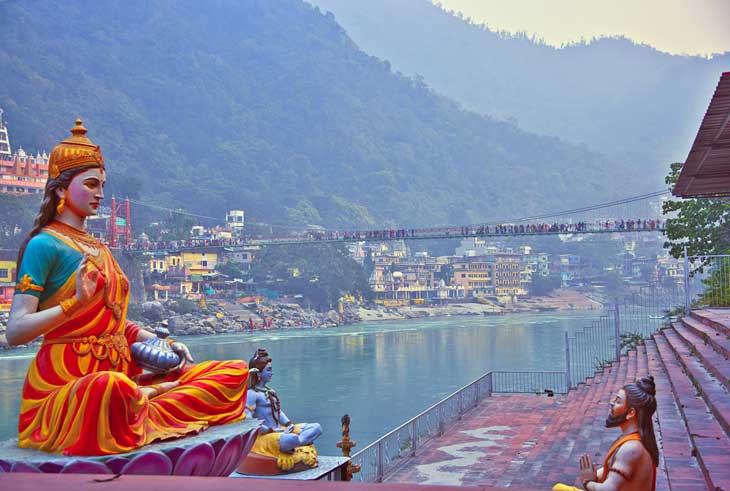 To get me around in Rishikesh I decided to avail Savaari’s Rishikesh car rental services. My journey started with a comfortable ride in a Savaari cab to visit Triveni Ghat, a pristine riverside situated on the banks of Ganges. Due to this early start, luckily, I didn’t miss the dawn boat ride on the crystal-clear water of the holy river, which brings joy all together. After the boat ride, I visited Gita Mandir and Lakhminarayan Temple. It is said, Triveni is the juncture of three most worshipped rivers in India, the Ganges, Yamuna and Saraswati, a confluence mentioned in the Rig Veda. As it was around 12 pm, I fed myself on the ‘bhog’ of the mandir and with blessings of all the statues of Hindu gods and goddesses, I found there, I marched onto my next destination. My cab driver insisted that we drive to Laxman Jhula, a 450ft connecting bridge which is not only a tourist spot but also is a source of connectivity between Pauri district and Tehri district. I learnt that the bridge got its name from the mythological story of Laxman who crossed the river on a jute rope and it is to honour this legend that the bridge was made in 1930. Standing on the deck, watching the rippling current under my feet and surrounding hills, offering a unique sensation to my mind, which I couldn’t find in any book or any urban place. So magnificent it was that I almost forgot about the time, which was 3 pm by then and had to call it a day. 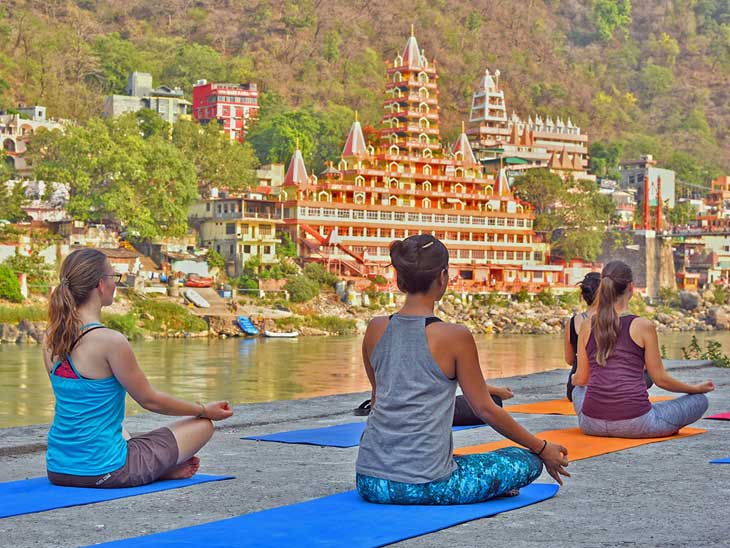 The next day, I started again with all the zeal and zest and thanks to my premium chauffeur driven hassle-free services, which made me more enthusiastic about my trip. This time I decided to cover the holy temples in Rishikesh. First, I was driven to visit the Tera Manzil temple or Triambakeshwar, a 13 storied temple standing on the banks on the Ganges. Apart from the number of devotees or the dedication that I witnessed, the construction of the temple amazed me the most. Taking leave, I went on to visit Neelkantha Mahadeva Temple, a 2km journey from my last visit, which is also on the river banks. However, this temple struck me amazing as I was informed by a local priest that it was here, Lord Shiva swallowed the poison churned out of the sea after the mythological ‘Amit-Manthan’ episode. Next exploring natural roadside beauty of the hill station, I visited Bhootnath Temple, Shri Bharat Mandir and Ganga Nivas Swarg Ashram. The journey could not have been so smoother without Savaari’s Rishikesh Taxi service which is convenient and hassle-free that made it happen. I then visited Rajaji National Park, a 2-hour travel from the hotel, which remains vivid in my memory. Situated beside Ganges and Song river, the park is famous for its tiger reserve. It was an outstanding experience to witness the tigers roaming around or the peacocks singing freely on the branches. Nestled between the Shivalik ranges and the Indo-Gangetic plains the park is also famous for preserving local range of flora. On coming back, almost 5 pm, I decided to end that day’s journey by witnessing ‘Ganga-Arti’ at Triveni Ghat. The ritual remains one of the magnificent presentations of one’s belief where numerous priests started this ritual concurrently by offerings to the holy river, Ganges.

As my soothing escape into the mountains met an end, I came back to the unexciting material jungle of Kolkata by an early morning flight. It took me two days to properly get into work, but the whole trip made me realize how picturesque it was to be so near to mother nature.

One thought on “A Glorious Weekend in Rishikesh with Savaari”