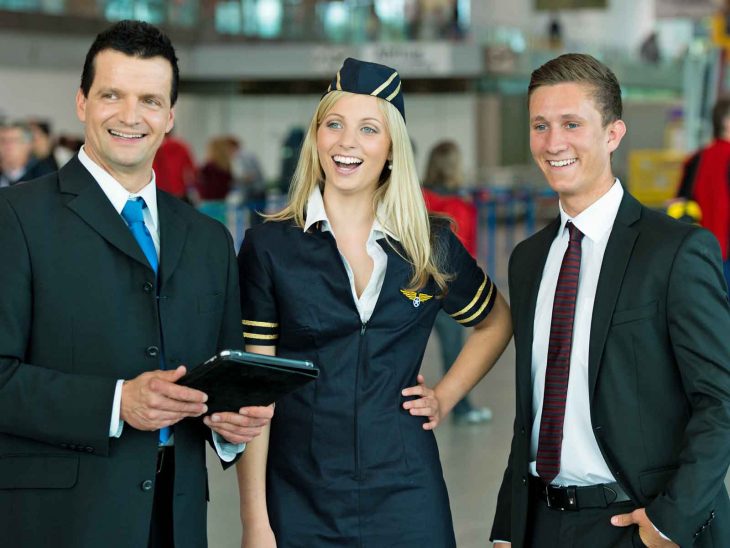 Real life stuff I was involved in, or witnessed, or was informed of.

A late passenger appears before a ticket agent, says he’s ship crew and presents his ID which entitles him to a discount. Ticket agent prints off ticket and tells the guy to go directly to gate four. To let the boarding staff know the passenger is on his way, ticket agent types into the flight profile, ‘Seaman running from ticket desk’. [Semen running from desk….if lost in translation]

The Tough Questions in Life.

Some questions were incredibly difficult to answer. Passenger to Virgin Express ticket agent: ‘Should I go to the toilet before or after I check in?’

From the window behind the Midland ticket desk at Amsterdam the runway was visible. Late passenger to ticket agent at Amsterdam: ‘I have to catch your next flight to London.’

Passenger: ‘You’re not listening to me. I HAVE to be on it.’

Ticket Agent takes a deep breath: ‘Can you run?’

Passenger. ‘You bet I can run.’

Ticket agent: ‘How fast can you run?’

Ticket agent turns and points out the window. ‘Well you’re going to have to because that’s your airplane careering down the runway.’

Be Careful With Those Acronyms!

‘My daughter’s on your next flight to Edinburgh. Can you tell me why it’s late?’

Elderly Lady: ‘What does LIAC mean?’

[LIAC ‘Late Incoming Air Craft’. Ambiguous terminology implying a late departure due to knock on effects of an earlier delay.] Check this page for more acronyms.

Trying to Hide From Customers is a Bad Idea.

Ticket agent at Brussels Airport. The Midland ticket desk is adjacent to a main entrance, and so is a prime target for general information seekers. To evade attention one agent, we’ll call him Liam, positions his seat as low as possible. But still the odd tenacious sheep manages to distract him. One guy spots him from 10 feet away and says, ‘Hey mister, do you know where BA checks in?’ Head down, Liam huddles closer to his PC. The stray steps closer. ‘Hey mister, do you know where BA checks in?’ Agent pretends to be deeply preoccupied in his work in the hope that the guy will keep walking. Stray reaches over the desk and raps Liam on his head like you would a door. ‘Hello? Hello? Anybody home?’ Liam explodes.

Be Nice to People at the Airport!

Midland Ticket Agent’s last week on the job. Nothing can get them down, not even a stream of headless sheep looking for toilets, ATM machines, the lifts, Arrivals. It’s par for the course stuff at Dublin Airport. Agent gets by, thumbing or pointing or communicating with their eyes. Suddenly a disgruntled passenger slams their boarding pass on the agent’s desk. It is a Ryanair Boarding pass. ‘Why do you guys keep changing this airport? Every time I come here you’ve moved something. Where the hell am I meant to be going.’ Agent holds up passenger’s boarding pass and says, ‘Ah, you’re not flying Midland, you’re flying Ryanair. In which case……I hope your plane crashes.’


The Revenge on the Sleazy Man.

London Heathrow ticket agent is getting it in the ear from a sleazy old boy who’s picking up a ticket and only has hand baggage so would like to be checked in at the ticket desk but doesn’t want to sit next to any ugly birds, and let’s face it, with heading to Holland that plane is going to be full of ugly birds. Agent tells the sleaze ball he has a seat next to a beautiful looking girl who collected her ticket 5 minutes earlier. Passenger is delighted. Short time later a drama queen comes up and asks can she request a vegetarian meal. Agent politely explains that these requests need to be made 24 hours in advance, but that it’s only a short flight and it is worth asking on board as the crew occasionally carry spares. Passenger is not happy. Starts bickering. What bloody price do you charge for sandwiches at this airport? Are all you airlines the same? Can’t believe you put me in this awkward situation. The lady is fairly well dressed but is a little weathered looking. Has had no shortage of sunny holidays in her time. She asks to be checked in. Agent seats her next to the sleazy old guy.

Well known TV personality is abusing an agent further down the desk, and it’s not for the first time. They have a £58 returns ticket to Glasgow and can’t seem to understand why they can’t be upgraded for free.

‘Your flights to Edinburgh are full!’

Washed up star. ‘And how is this my fault.’

Washed up star produces not a gold, but a silver loyalty card. ‘I demand a seat on the next plane. You guys have an obligation to block seats for frequent fliers on occasions like these surely.’

At Stansted Airport it’s foggy out, you can’t see anything out the window and the desk is thronged with passengers wanting to know if their flight’s going to leave.

Priest to ticket agent. ‘Here we go again, this is the second time in a fortnight. Surely we’re entitled to something if we have to wait?’

Agent: ‘Not when the delay is due to weather, unfortunately.’

Priest. ‘You people are a joke. It’s only a matter of time before one of your planes crash.’

Distressed lady post September 11th: ‘I was standing in line and there were guys in front of me that looked suspicious. They were wearing military style boots and I’m just wondering if I could rebook my flight for another day.’ Observing several lines at check-in opposite, the agent changes the lady’s ticket despite it being fixed. Lady is very appreciative. She’s about to walk away when the agent asks which queue the guys in question were standing in. Lady replies, ‘The one in McDonalds.’

Crew Are Not Always Better to Serve.

Positioning crew at Stanstead. ‘Which aircraft is operating the flight we’re on?’

Positioning crew. ‘Can you change us to the following flight.’

Positioning Crew. ‘Charlie Whiskey had two aborted take offs in the past couple of days.’

Ticket agent in the queue for Burger King can’t decide what flight number to fill out on the misappropriated Aer Lingus light refreshment voucher he has in his hand.  In the end he writes ‘EI EI O’, and signs it ‘Old McDonald’.

London Heathrow 05:30 Monday and an unhappy passenger wants to speak to a supervisor. Agent tries desperately to contain the situation, but passenger keeps insisting. Eventually agent raps on the cupboard door beneath the ticket printer. Moments later an exhausted looking gent emerges. ‘Im the supervisor, how can I help you?’

Do you have more hilarious stories from airports? I would love to hear your airport stories.  Please share via email, in the comments below, on Twitter, Facebook or Google+.