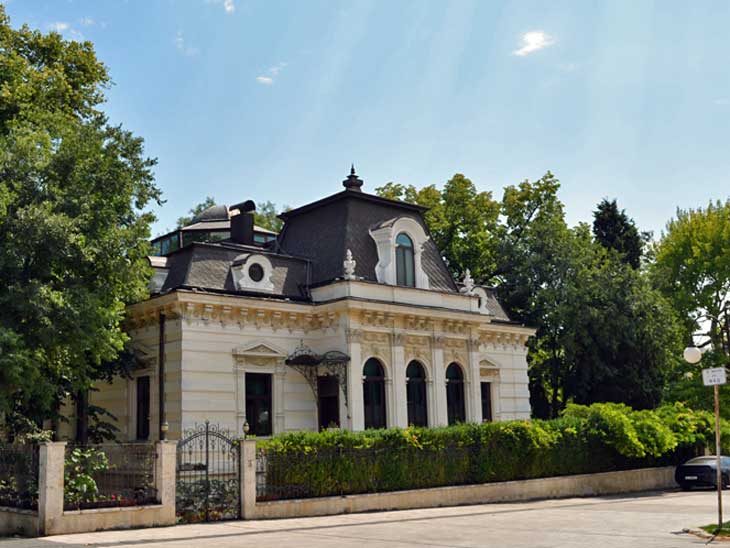 Bulgaria is not amongst the best known tourist destinations around the world, but it certainly has a lot to offer to the adventurous people. Since I’m living in Varna and this is the biggest city in Northern Bulgaria and the fourth largest lying on the Black Sea coast I think It will be a good starting point for our trip.

First a little introduction – Varna is often referred as the sea capital of Bulgaria, because as you may assume during the summer a lot of people are coming here in search for a nice vacation close to the sea and its breeze. This can be easily seen when you are going out and see the streets packed not only with Bulgarians but also with Germans, Russians, French, English, Spaniards and many more from Europe and Asia. Sometimes I even think that the foreigners are actually more than the locals. All this adds up to an interesting cultural diversity, which is giving Varna a unique charm and a large boost to the already rich cultural life in the city. Having mentioned the cultural life I must point out that numerous festivals and other events are taking place in my hometown, but I’ll get back to this topic later on.

There are a lot of interesting places and landmarks to see in Varna, but I’ll try to show you the most popular of them. The first one is the Dormition of the Mother of God Cathedral. Almost every tourist tour has it its itinerary and it is one of the town’s symbols. Besides this you can see fine examples of Christian-orthodox art inside. The foundation stone was laid by Knyaz Alexander in 1880 and its first service was given in 1886. The final stage of the construction was building a dome for the bell between 1941 and 1943. I can continue with the description of the beautiful iconostasis and woodcarvings inside but this will probably spoil the experience for all the readers.

Moving on to the next place which is a small square called Sevastopol where most of the locals meet. You may ask why a small square can be so important? Well, the place is the favourite meeting point of the locals because there a lot of coffee shops, bars, restaurants and many more just a few steps away. But in case you don’t like the hustle and bustle the Sea Garden and the Festival and Congress Centre are only 100 meters away – and they are actually the next things I would recommend you to pay a visit.

As I said before there are a lot of cultural events in the summer in Varna and the Festival and Congress Centre is hosting some of them. The most notorious festivals are „Love Is folly “ and the “International choir competition” but they are only a small piece of all the festivals and concerts happening in Varna. For example if you are fan of the classical music you’ve probably heard of Richard Clayderman – he is coming to Varna every summer and performing a beautiful concert in the Palace of Sports and Culture. I think this will be enough to lure the connoisseurs to Varna.

The next thing I would like to draw your attention is the abovementioned Sea Garden. The locals are very proud of it because as the name implies it’s close to the sea, so it is really a nice place for a relaxing walk after the hot summer day, refreshing evening jogging or even a picnic. I personally prefer the walks past 9 o’clock p.m. because at that time the air in the park is mixed with the freshness of the sea breeze. It is really a very pleasant experience. In case you want to see the whole garden be prepared for a long walk because its size is 820 000 sq. metres, or just take a lot of coffee or dinner breaks at some of the restaurants and cafes. One of my favourite places for a walk is the “Alley of the sporting glory” which is giving a magnificent view of Varna Bay and Cape Galata. While still taking your walk be sure to check one of the biggest attractions – The Dolphinarium. The dolphin show can be exciting not only for the kids, but also for grownups. Besides the main attractions you can book swimming with the dolphins just for you.

Interesting fact is that the park is built by a Chezch guy named Anton Novak responsible for the construction of the Schönbrunn and Belvedere Palaces in Vienna, Austria. In 1899 as a sign of gratitude for his work the municipality decided to give Novak a house close to the entrance of the garden.

So the things I listed until now are a fraction of all the stuff you can see and do in Varna. Curious about what else the charming city of Varna can offer? Take a look at this for more ideas. Last but not least my hometown is a relatively easily reachable destination with charter flights to Varna Airport from all around Europe, Asia and the Middle East. Your exciting summer vacation is only one short flight away.

About Kiril, the Author.

Kiril lives in Varna and has a strong emotional connection with the sea. That is probably the reason he has two majors and one bachelor degree in Maritime and Naval Studies. As an amateur photographer he likes travelling and taking pictures of the nature around us.

Thanks to Kiril for this excellent piece on Varna in a day.  If you have more tips on Bulgaria and especially Varna, I would love to hear from you via email, in the comments below, on Twitter, Facebook or Google+.