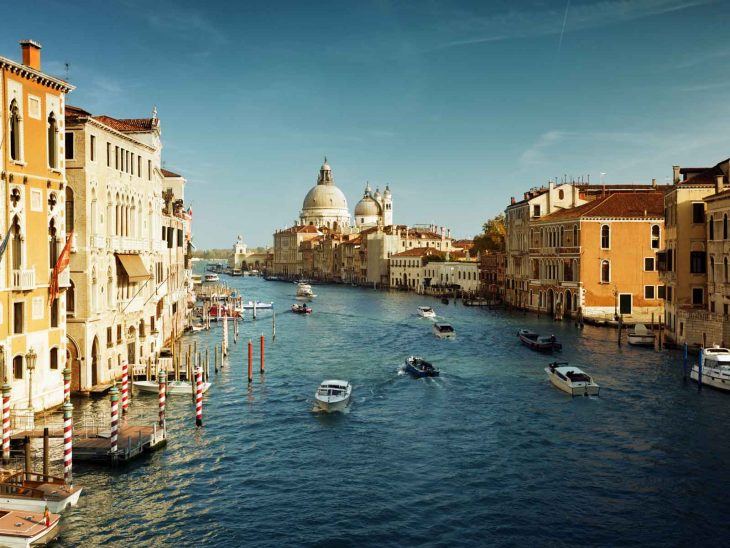 Venice is one of the biggest cruise destinations in Italy with up to 9 different cruise ships mooring per day during peak season. Tourism is a strain on the city environmentally and structurally but also a great source of income for the people of Venice.

The last years there has been many opinions and during autumn 2014 the biggest cruise ships (over 96,000 tons) were banned from using the lagoon between Guidecca Island and the city in 2015. The cruise industry responded quickly by scheduling their small and medium sized ships on itineraries including Venice, to be able to give their passengers the best possible experience. This means that there will be no immediate changes for the cruise season 2015, because the biggest ships are not planned to moor in Venice during 2015.

About 2 months later the ban is lifted by the Venetian regional court with the motivation that the previous ban was decided shortly after the Costa Concordia tragedy, without consideration to local economy. It has been said that Venice Passenger Terminal and other local businesses benefitting from tourism, has put pressure on the Tribunal of Venice to lift the ban. The Ministry of Transportation announced that they will appeal against the lifting of the ban.

In other words, it seems like there will be no solution soon and the banning and un-banning is likely to continue. It is a tricky situation to balance the well-being and preservation of a city against income and livelihood of its citizens.

Personally, I am not very fond of the big cruise ships and prefer smaller, yacht-like ships. A smaller ship is not only convenient in Venice but in all other ports too. If you are interested in this you might want to read my article about Seadream and why size matters in cruising.

What are your thoughts on the cruising to Venice and how to help preserve this magnificent city?  Please share your thoughts via email, in the comments below, on Twitter, Facebook or Google+.