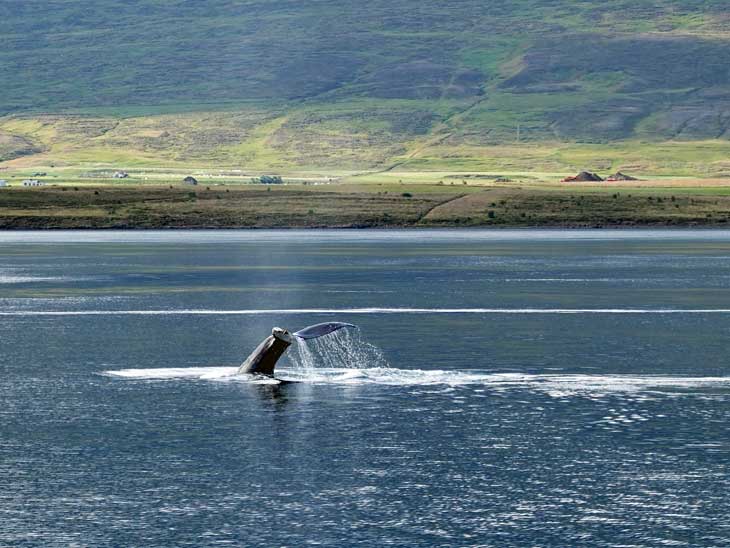 Sailing the seas for a whale-watching expedition can be a once in a lifetime experience. These majestic mammals tease by only sporadically, allowing a fleeting glimpse of their enormous bodies. How are you supposed to distinguish one from another?

Learning a bit about various whale species pre-trip will make this challenge much more manageable. Whether you’re blue whale watching San Diego or taking in the humpbacks in Lubec, this guide will help you recognize these massive creatures and distinguish between their varieties. Utilize this information on your upcoming ocean adventure.

Species, Location and Time of Year

The first step in whale identification is learning about your location. What species are common to the area during that time of year? Narrowing your list down to a few varieties will help you remember the attributes of those species.

You may not see an entire whale from the boat, but you can still estimate its length. Comparing it to a ship or another nearby object can help. Generally, whales are anywhere from 10 to 20 feet long. However, the most massive whales are over 60 feet long. Anything under 10 feet long is probably a dolphin or porpoise.

While whale watching in San Diego, you may be lucky enough to see the whale’s head if it’s feeling curious and pops up out of the water for a second or two. Smaller whale species (e.g., beaked whales) have rounded heads. Larger whales (e.g., sperm whales) tend to have somewhat pointed, sloping heads.

If you see a whale with a beak nose, such as that of a dolphin, there are probably others close by; they like to travel in packs. Since they don’t surface very often, you may not spot one on your excursion. You’re more likely to see bigger whales without protruding snouts.

Whales are easily identifiable if you can view their colors and patterns. Fin whales have white bellies. If you observe a whale with black-and-white coloring, you’ve spotted an orca. Gray whales, meanwhile, have patchy colors and a mottled gray appearance.

The flippers (found on a whale’s sides) are unique to each species, varying in size and shape. They’re generally small and triangular, sloping towards the whale’s tail. Although the flippers of many whales are the same color as the body, some have patterns.

Do you see a dorsal fin on the animal’s back? If so, note its size, shape and location to the tail. If the fin is closer to the tail, it’s probably a whale. The dorsal fin of the orca is very distinctive and tall, while that of the humpback is just a nub. Unlike many species, gray and sperm whales don’t even have a dorsal fin.

Whales tend to have significantly larger tail flukes than dolphins and porpoises. Sperm and southern right whales have smooth, black flukes, while the tail of a humpback has ridges at the end and a white underside.

A whale-watching voyage is a must for anyone traveling to the coast. Children and adults alike enjoy watching for and identifying these magnificent gentle giants. Schedule an adventure with a well-known tour company. Be sure to take your binoculars and camera!