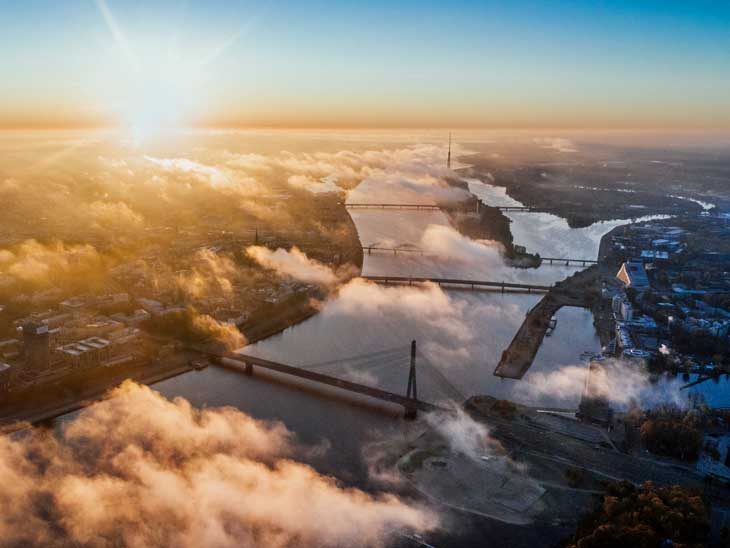 Riga is a capital city of Latvia with just under 800,000 inhabitants, magnificent boulevards, charming palaces, and hot entertainment feels like a northern Paris. This is a proud city of rich Baltic history, unique modern cafes and chestnut-lined avenues. Up to the river Daugava, the High-rise buildings with recognizable Latvian tiled roofs unfold everywhere you go in this amazing city and its heartwarming residents will win over your trust the moment you arrive.

Riga is a unique and appealing symbiosis of medieval times and wasteful 19th century. The city is quirky spearheading towards the 21st century with a vibrating nightlife scene that recently started to gain glory. Rigas bachelor nights have become quite a sensation among international partygoers who wants to experience something different at a lower cost than usual. Several of the suburbs carry cold Soviet architecture. Innerst, on the other hand, offers a generous and hugely well-preserved mirror against medieval and bygone eras. The Old Town, Vecriga, has been on the UNESCO World Heritage List, along with the Art Nouveau Quarter. Here, a maze of alleys, squares and low houses turn into quirky restaurants, pubs, and shops in a blink of an eye. Among the pedestrian streets, a Swedish gate meets the Hanseatic’s powerful facades. 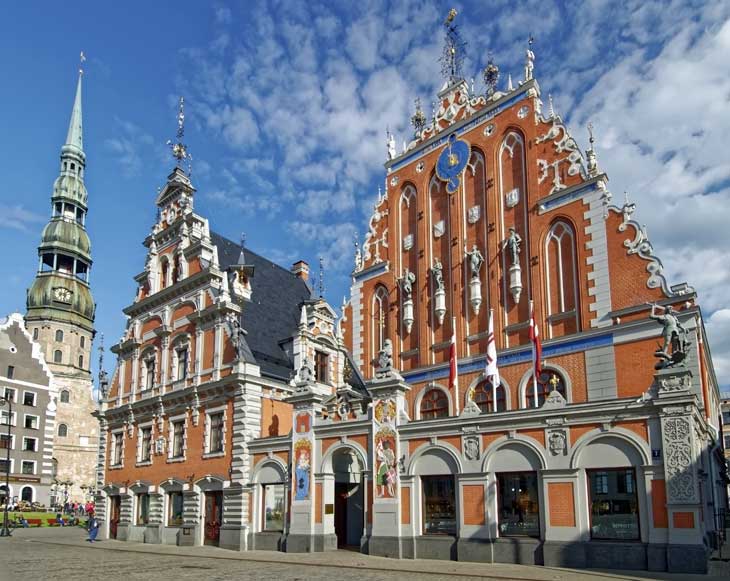 On the other side of Kronvalda, the opera and a corridor of green and water, Riga changes its face again and becomes a town of wide boulevards and supportive 19th-century houses. The youth quarters are some of the most widespread in Europe since Riga is also a major Latvian university hub. The playful facades contain whimsical towers, faces, paintings, and odd ornaments. Walking here feels a bit like walking through a cartoon for a moment and the next thing you feel is the 19th-century drama notion.

The Biggest Party Hub of the Baltic’s

Riga is still a meeting point between East and West. Good shopping opportunities and an amazingly rich restaurant, café and entertainment life await anyone who wants to embark on this adventure even on one day. Most of the city center is within walking distance. Riga’s local transport consists of bus and tram lines. Special minibusses (taxi bus or micro-bus) operate the route between the center and the suburbs. Taxis are relatively cheap. But make sure the taximeter is on, or most preferably, set the price in advance. Taxi stops are available in many places in the city so that shouldn’t be the problem at any time. The most emblematic touristic hotspot that you need to see on your journey is the State Museum of Art. It has an extensive exhibition of the greatest Latvian artists; paintings, drawings and sculptures from the earliest days of Latvian identity to the present day. Latvian Ethnographic Open Air Museum should also be of your interest. Moreover a Latvian Skansen with 100 hectares of fishing villages, churches, mills, and farms where you can try Latvian food and see traditional crafts captured the mind of many visitors who visited Latvian capital. Needless to say that the Old Town should be one of your priorities while exploring. With a network of narrow alleyways that reflects hundreds of years of building art, including several museums, the Baltics’ largest cathedral and the beautiful House of Blackheads. The previously mentioned house dates from the 14th century, with winding iron balconies and amazing facade features.


A cultural treasure that has been rebuilt recently and since then is one of the hottest spots for the perfect Instagram snap. Cathedral of Doma Laukums usually marks the end of the list of most notable landmarks that Riga has. Its the largest church in the Baltic countries, which dates from the 13th century and also hides one of the world’s largest organs. In the nearby area, you will find numerous charming cafes where you can sit and admire the beauty that was so well perceived despite the turbulent history of the region. There are many ways to have an unforgettable time in Riga for a day or two, but one thing is for sure and that is that if you let Riga enter your heart, then be prepared to wish to come back as soon as you return home. The Paris of the north awaits you on your adventure.