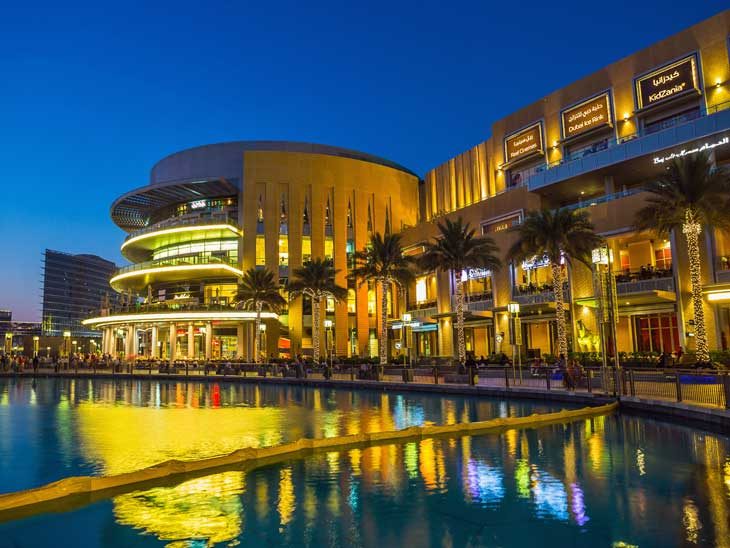 This is NOT the case for the Dubaï Mall, a project that was thought through very carefully and which, nowadays can reach up to 75 million visitors a year. Read more if you want to learn about the biggest mall in Middle East!

The Dubaï mall is the biggest malls in the arab emirates, with a surface of 800 000 square meters and more than a thousand shops. Its doors opened on the 4th of November, 2008. According to Emaar Properties, the firm responsible for its construction, it is the greatest mall in the world.

This is not entirely true since the real greatest malls in the world in terms of surface are located in the Philippines and in China. However, in terms of number of visit per year, the Dubaï Mall exceeds the performance of its asian counterparts.

The Mall itself is part of a greater structure: the Burj Khalifa, which is, to this day, the highest commercial structure in the world.

The complete mall accounts for a total of 1.1 million square meters and contains between 10 and 15 sub-malls, which sum up to 836 000 square meters. A “souk” (Arab term for market) dedicated to gold trade, will soon be the home to no less than 220 traders. The Fashion Island is 80 000 square meters vast and shelters 450 stores, amongst which the first Galleries Lafayette and the first Bloomingdale’s in the Middle East.

The Dubaï Aquarium and Underwater Zoo is also a part of the Dubaï Mall and the one of the biggest in the worlds. In its tanks, it is possible to find more the 80 species with a total of 33 000 animals. The Mall also offers the possibility to ice skate, with a skating ring that can contain up to 2 000 people. For the youngest of visitors, a sega theme park is also available as well as a Kidzania park.

If you want to discover a little more about the mall without having to book a plane ticket, you can actually use the virtual visit, which is provided by Visiglobe’s 3D mall floor plan.

The Dubaï Shopping Mall belongs to the Burj Khalifa estate project. While many recognize the construction of the Burj Khalifa as an extraordinary achievement, one can only wonder how such a huge project ever was ever profitable. It is said the use of south Asian labour force greatly contributed to the birth and development of the whole structure, which may have been criticized at the time of the construction.

One thought on “Guest Post: Some Facts About the Dubai Mall”