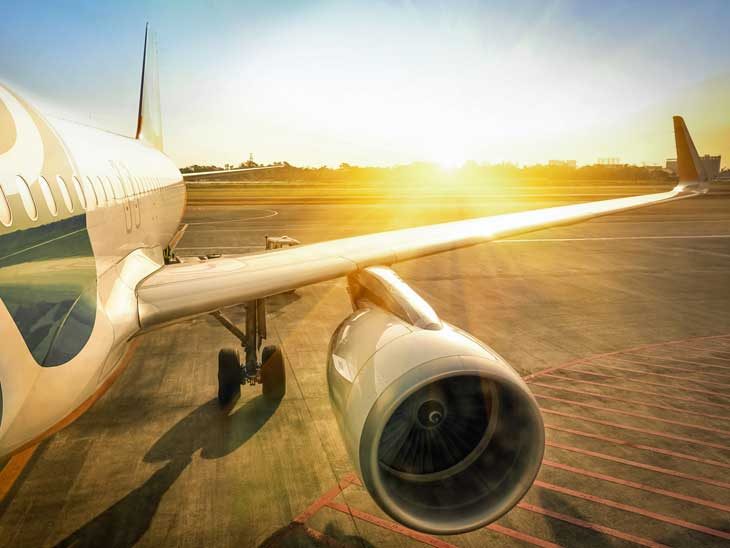 The airline industry has been enjoying extremely low oil prices the last two years and it has boosted profitability for many airlines. At the same time, the low oil prices has kept several suffering airlines alive longer than necessary. In increase in oil price can mean the difference of life and death for these carriers.

Former American Airlines CEO Bob Crandall, who ran the airline until 1998, even admitted as much: “Our airlines, once world leaders, are now laggards in every category… market forces alone cannot and will not produce a satisfactory airline industry, which clearly needs some help to solve its pricing, cost, and operating problems.” This is a statement about the situation in America, but also valid for European carriers as well.

An old saying in the airline business is “It is easy to make a million dollars in the airline industry, just invest a billion”. In other words: the margins are low and small variations can mean the difference between profit or bankruptcy.

Flag carriers like British Airways, Lufthansa, Air France KLM and similar will definitely survive a hike in oil prices. They have been profitable for a good while and has been able to boost profitability by the drop in oil price. In other words, they have money in the bank.

Ryan Air, the no frills airline we love to hate, is very profitable. New, fuel efficient planes, cheap airports and auxillary revenue streams (scratch tickets, subsidies from airports etc.) is one way of explaining their profit. Another explanation of Ryan Air´s profitability is their crew, coming from low cost countries. Danish Cabin Attendants Union has categorized Ryan Air´s policy as social dumping. See my article “Think Before You Book” for more on this topic.

Airlines Who Might Be Threatened by Increasing Oil Prices

There are a couple of airlines in the European skies where executives might be losing sleep because of the oil price. The majority of airlines who are living on the edge are low cost & no frills. You will find a couple of examples below:

Air Berlin is one of the best low-cost-carriers I have flown with. They are actually so good that I find it hard to call them “low cost”. From an investors point of view the company is a night mare because they haven’t been profitable, even with extremely low oil prices.

I find it hard to understand how Norwegian is doing for real, because their operations is divided between several companies. Their business model is low cost but with a massive expansion plan. Expansion costs money. They are operating new, fuel efficient airplanes. Those airplanes are costly to buy or lease, and if they have to be replaced (definitely or temporarily) by an older fuel consuming airplane, the airline might be in deep trouble.

Update 2016-07-14: Norwegian announced today that they earned 930 million NOK last fiscal year. This takes them out of immediate urgency, but remain on my watchlist.

The drop in oil price has been very fortunate for Scandinavian Airlines (aka SAS), the flag carrier of Sweden, Denmark and Norway who was threatened by bankruptcy about 3 years ago. SAS has been restructured and profitable lately. Has had a tough time with their identity, trying to be both low cost and a premium airline at the same time. Operational numbers are up and has been given an extra boost by the sale of slots at important (expensive) airports.

Germanwings is a low cost carrier owned by Lufthansa and had an unfortunate incident where one of the pilots crashed an A320 into the mountain side, north-west of Nice in march 2015. Hindu Business Line claims that the crash has not tarnished Lufthansa´s reputation, which might be true. The million euro question is if Germanwing´s reputation is tarnished and how their results is affected by the crash.

Personally, I think it is safe to fly the airline both from an aviation security stand point and from a financial stand point, since I don’t think Lufthansa will allow one of their companies to file for bankruptcy.

Is a Hungarian LCC airline who reportedly flies more than 7,8 million passengers on a yearly basis. I have very little information on the performance of Wizz Air and cannot tell how they are doing financially. Judging by the fares they are charging for a ticket, their executives should be worried. On the other hand, labour is cheap in Hungary and they are mainly using secondary airports.

It is too early to draw any conclusions if air travel in Europe has been affected by the unfortunate and sad attacks in Paris, Brussels in Istanbul lately. Attacks like this are likely to put travelers off and therefore will affect revenue for airlines.

If you are an airline already struggling with a hike in oil price, it does not get easier with a declining demand.

Conclusion about the Future of European Airlines

There are lots of airlines out there. Do you have questions, comments or thoughts on the airline situation in Europe?  I would love to hear from you via email, in the comments below, on Twitter, Facebook or Google+.