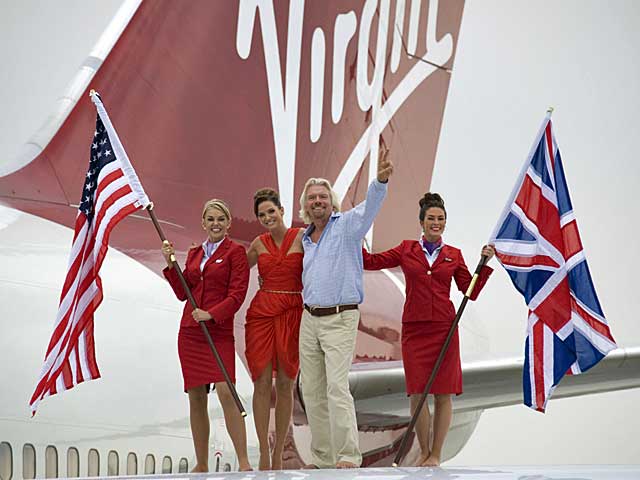 Mandy Smith is the air hostess for Virgin Atlantic during 12 years who teamed up with journalist Nicola Stow to write the book Cabin Fever. This is one of many books revealing the secret life of air crew. I am an aviation geek and sometimes like to party as well which makes this book an excellent read.

The book is without a doubt filled with celebrity encounters, dangerous situations in the air that could have ended badly, unruly and crazy passengers, a good description of how awful and fabulous the life as a hostie can be. By the way, did you know that Sir Richard Branson has SEP training so he legally can sleep in the crew rest areas on Virgin flights?

This is a behind the scenes look at crew life both from a personal aspect and a professional aspect. You will be amazed about the partying and debauchery that has been going on down-route, but I am sure that this has diminished over time, just as the airline business is cutting costs more and more.

Heather Poole´s book Cruising Attitude is written from an American standpoint with a more frugal and hardworking reality. As a matter of fact, Europe usually gets what has happened in the USA 5 – 10 years later, so I guess the European airline business is just starting its frugality. Good examples are airlines moving out the crews in NYC from Manhattan to Jersey City or Newark, Scandinavian Airlines crew are getting less nights in San Francisco in order to save and so on.

I will most likely sound like a prude by saying this, but the book would have benefited a lot from less descriptions of the author’s sex life because it gets kind of boring after a while. After one too many descriptions of sexual encounters I have to check the title to see if it is a romantic chick lit or a book about aviation.

I have read Air Babylon, Cruising Attitude and Cabin Fever and all three of them have their own individual qualities. I must say that Air Babylon well written and thorough with an extensive research covering all bases, Cruising Attitude is a steady eye on a young woman’s career in the airline business and Cabin Fever the most descriptive of the three. There are pros and cons with all of them and you have to read all three, just to be on the safe side. If you are shopping for them, please use these affiliate links to keep this blog alive:

I was going to say that this is a must read for anyone considering a career as crew, but I had second thoughts. I am not sure I want a young person to get an image of a rock-n-roll lifestyle in the airline business, especially when it will become a lot less so in the future.