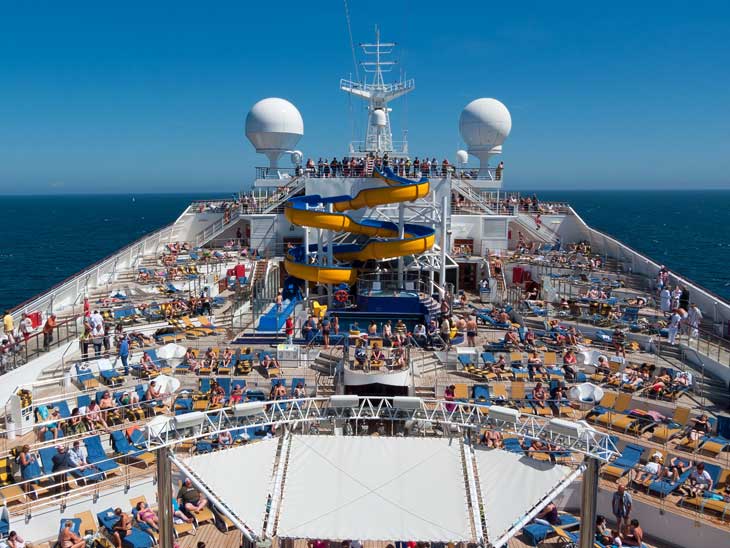 Going on a cruise seems like a fun and harmless activity, but you may want to think twice before you book that ticket. Millions of passengers enjoy cruises each year, but that sunny vacation may turn into a nightmare. Cruise ship lines operate under murky laws and legal statuses, work aggressively to cover up accidents and problems, and ultimately won’t take much responsibility for your life or your safety. Cruise ships are the Wild West of the international seas, and you might get more than you bargained for on your trip.

Cruise ships lend themselves to all manner of accident and injury. These may include typical slips, trips, and falls, which are made worse by the wet conditions onboard a sailing ship. Drownings and injuries are also dangers posed by some of the activities on offer.

Falls overboard are a serious danger on a cruise ship, and frequently result in death. Some victims’ bodies are never even found. Falls can be from hundreds of feet high, resulting in serious injuries or death just from the impact, and if a victim falls in the water, hypothermia or even shark attacks can imperil them further.

One of the more common afflictions threatening cruise ship passengers is illnesses such as gastrointestinal viruses. Viruses can spread rapidly in cruise ship environments, where thousands of passengers and crew share the same enclosed spaces, food, and facilities.

Cruise ships may also run aground or lose power, stranding passengers in an inhospitable and uncomfortable environment. There is also always the danger of serious damage to the ship, causing capsizing or even sinking.

Foodborne illness is not uncommon on cruise ships and can affect hundreds of people at a time. It is also easy for any type of virus to spread in these conditions, as cruise ships are not generally bastions of cleanliness. Bedbugs can also be a problem.

Plumbing problems such as overflowing toilets are also a frequent occurrence. In 2013, a fire in a ship’s engine room shut down power, sewage, and air conditioning throughout the ship, and caused raw sewage to flow through the ship. Not exactly a dream vacation.

Cruise ships, even when all systems are working properly, regularly dump sewage straight into the ocean, over a billion gallons a year by one report.

Cruise ships are also significant sources of pollution. They dump pollutant-filled bilge water into the ocean and generate sulfur dioxide fumes equivalent to more than 13 million cars in a single day.

Cruise ships are the size of small cities and boast many of the same attributes, and unfortunately, crime is no exception. From theft and assault to rape and murder, cruise ships are no respite from the same crimes that plague society onshore.

Sexual assault is one of the most frequently reported crimes on cruise ships, and about 20% of victims are under the age of 18.

When crime occurs aboard a cruise ship, it can be difficult to determine what laws apply and who has jurisdiction, not to mention the difficulty of investigation. Sadly, this often leads to criminals going unpunished.

Cruise ships can be an enjoyable vacation, but they are more dangerous than many passengers realize. If you’ve been the victim of a crime or injury aboard a cruise ship, cruise ship injury lawyers may be able to help you file a claim and receive compensation.

There are also good reasons for going on a cruise, for example SeaDream!